Royal Army Medical Corps Mental Nursing Orderly Terry Manning was stationed at British Military Hospital Nicosia in Cyprus during his National Service and has kindly shared his photographs and memories of his time on the Island. 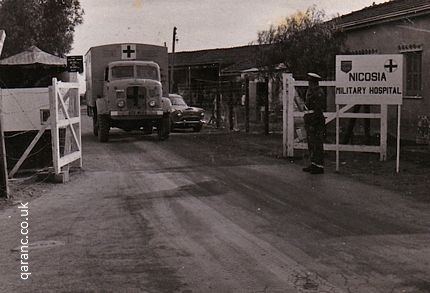 
I recognise Ron Bale in the photos on your BMH Nicosia page, and it is very likely I am in the photos of the Drumhead service and taking the salute. I started my National Service in the Royal Army Medical Corps as a private in April 1957 and was posted to British Military Hospital Nicosia in August 1957 as a Mental Nursing Orderly. My first boss whose name I can't remember, was replaced by Lt Col Harry Pozner, Senior Specialist in Psychiatry, and a perfect gentleman. 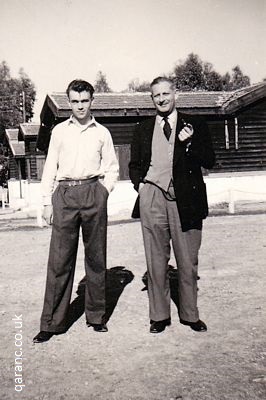 Another very friendly officer during my service there was Captain O'Sullivan, who incidentally was the brother-in-law of TV and movie star Patrick McGoohan. 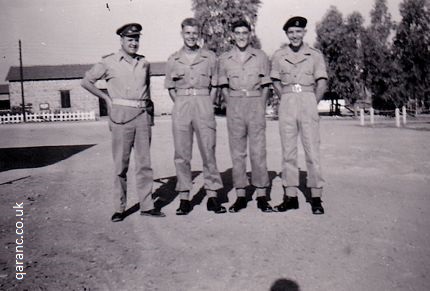 
In addition to ward duties, we had extra duties on Fire Picket, Morgue duties, Ambulance guard and guard on the front gate. My time in Cyprus is full of good memories, except for the couple of times we had to move dead soldiers, who had been shot in the back, from the ambulances to the morgue. I remember when an American Diplomat was ambushed and received three bullets in the stomach. As we had no patients on the mental ward at the time, we had to take turns sitting guard outside his hospital room. Happily, he made a full recovery. Surprisingly I can find no reference to this incident on the web. 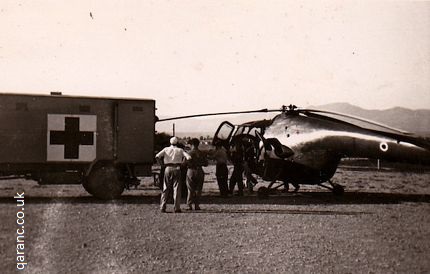 Transferring casualties from helicopter to ambulance at British Military Hospital Nicosia in 1958. 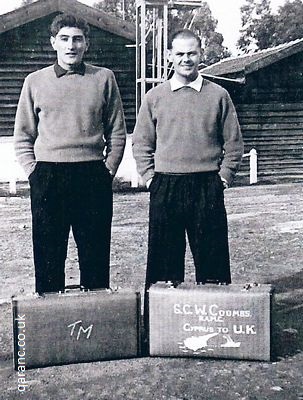 Terry Manning and Sid Coombs ready for home in 1959 outside barracks with old army suitcases.

In 1972 I joined the Royal Australian Air Force in London and sailed to Australia with my wife and three children. I served 20 years and reached the rank of Flight Sergeant. I will be 80 in June, and although I have 2 stents in my arteries, I am very fit, and I have been the President and founder of the local Bushwalking club for 30 years. You can see a picture of our group on our website www.meltonbushwalkers.org.au Terry Manning. 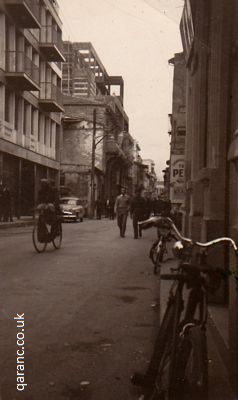 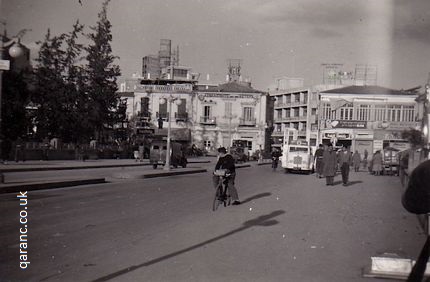 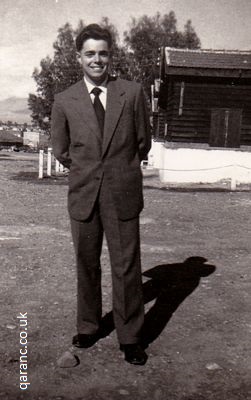 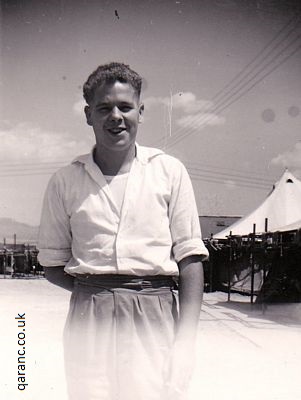 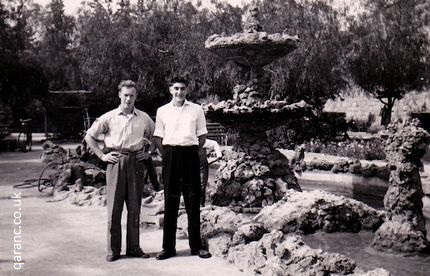 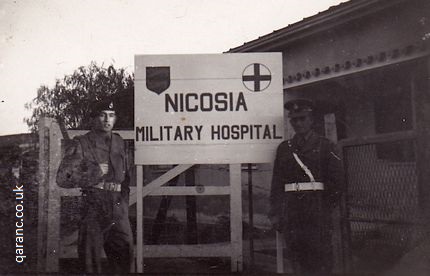 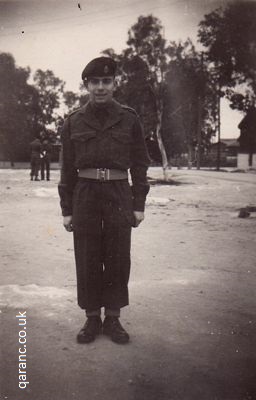 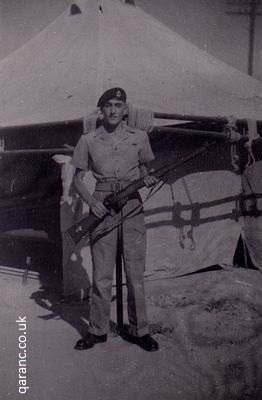 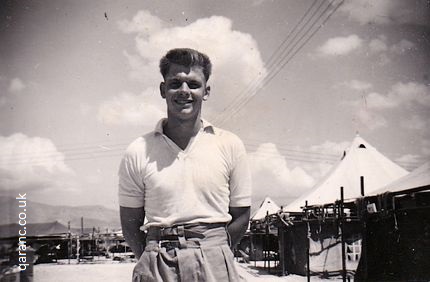 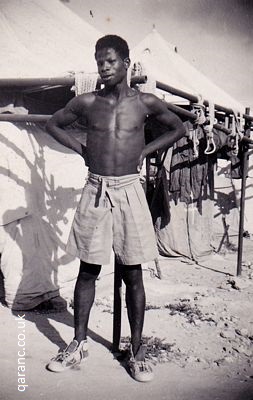 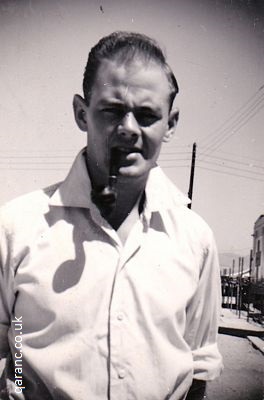 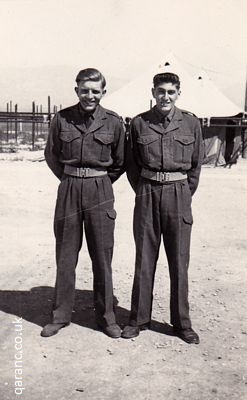 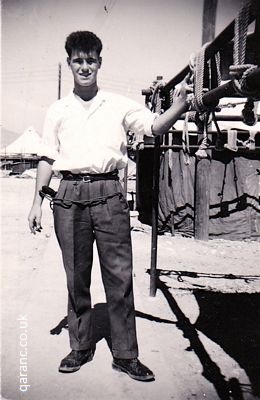 John Kelly armed with a pistol and ready to go to town September 1958. 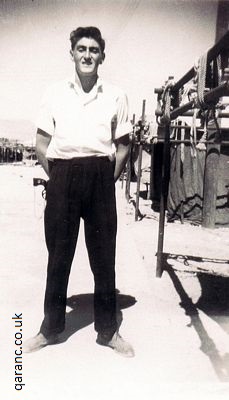 Terry Manning armed and ready to go to town September 1958. 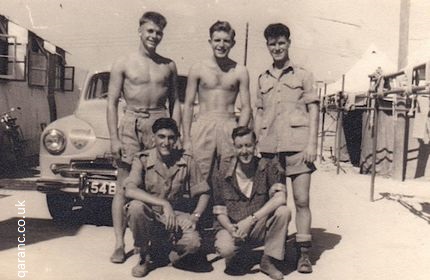 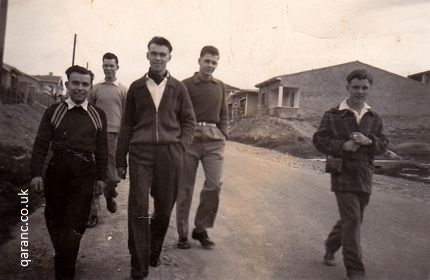 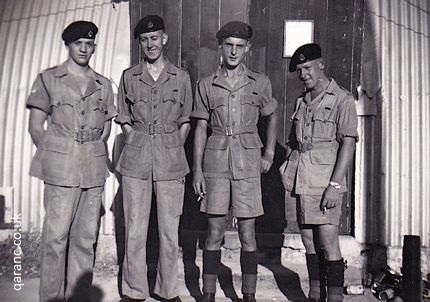 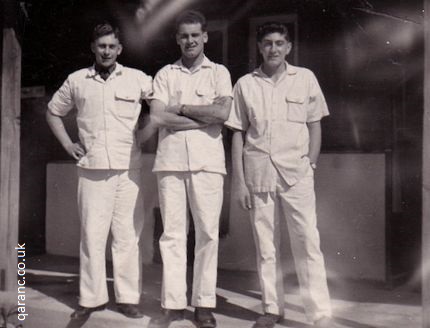 
Read about the history of BMH Nicosia which includes more photos.