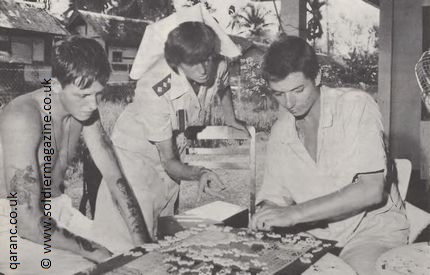 (With kind permission from www.soldiermagazine.co.uk).


Soldier Magazine of October 1967 describes the work of a Queen Alexandra's Royal Army Nursing Corps in Borneo. Captain Molly Jackson nursed in confrontation zones to provide health care to British, Australian, New Zealand and Malaysian troops. The article describes the three month postings at Medical Reception Station Kuching and MRS Brunei of four nursing sisters in these parts of East Malaysia. A larger 18 bed station was in the wing of the Brunei General Hospital. The QAs were attached from BMH Singapore.