The beating drums of the Tidworth Drummer Boy have been resounding around the army barracks where the old military hospital stood. Guard dogs are refusing to patrol with soldiers and are seen trembling with heckles raised along a stretch of ground near to the old red bricked building. No amount of coaxing by the security teams can make them walk along that stretch. Even burly soldiers are refusing to obey their orders when they hear the repeated Rubidub dum echoing in the dead of night.


It's an embarrassing situation. Here we have battled hardened troops who are too frightened to walk along a simple stretch of ground. Yet, no amount of military disciple will get them to obey the guard commander's orders. It's so bad that the MOD have called in an expert.

She refers to the leading occult expert Dr Lily Fasoopa and her team at the nearby Tidworth Supernatural Forensics Research Facility. She is to instigate overnight vigils at the Camp along with her trusted investigators and novelist C.G. Buswell, a former QARANC nurse, who researched and wrote about the Waterloo Drummer Boy that haunts the area. He told us:

Och, the poor laddie is just a wee bittie lost. He needs tae find his path and walk to where he needs to be. I think that the guid Dr Lily Fasoopa will help lay his spirit to rest so that the puir wee fearty soldiers and wee duggies can get on with their patrols. 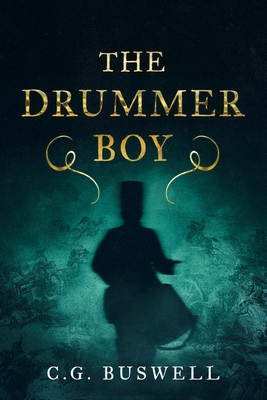 Read the first chapter of The Drummer Boy.