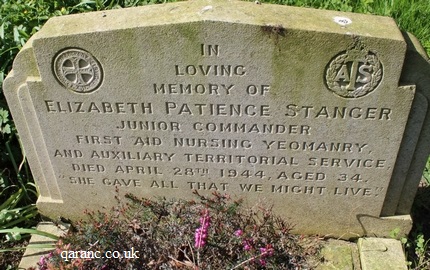 She was born on 31 March 1910 in Kensington, Royal Borough of Kensington and Chelsea, Greater London, England.

She died whilst on duty on 28 April 1944, aged 34 years at Romsey, Test Valley Borough, Hampshire.

She is buried in the St Mary the Virgin Churchyard at Speldhurst, Tunbridge Wells Borough, Kent.

Her headstone, with cap badges on either side, reads:

At the foot of her grave is the headstone which reads: 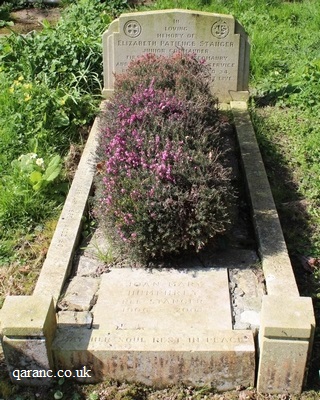 She had enlisted in the Auxiliary Territorial Service, Women's Transport Service, (First Aid Nursing Yeomanry) in January 1939. She was mobilised at the outbreak of the Second World War and was posted to Newhaven, Sussex where the 8th (London) Motor Company operated in the convoys of ambulances meeting the returning hospital ships. In 1940 she was promoted to sergeant and then in 1944 to junior commander.