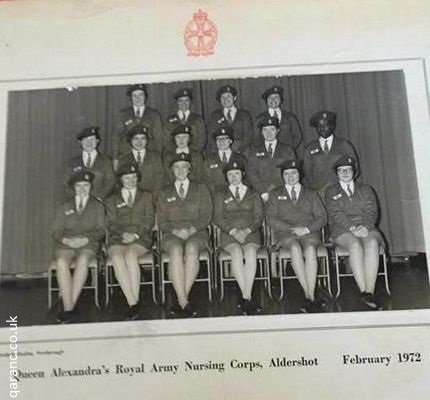 Diane Wilcox has kindly provided this photo of her Induction Course from February 1972. It was taken at the QATC in Aldershot and Diane is second on the left of the back row. 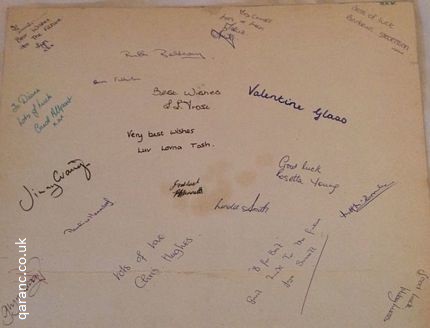 On the back of the picture are the signatures and farewell messages of her fellow QAs who were all doing the basic 6 weeks before placement as student nurses. She left to go to the Royal Herbert Hospital in Woolwich, then Queen Alexandra's Military Hospital Millbank and finally BMH Rinteln, West Germany for third and staff nurse year.

This is one of the groups of her intake and Diane thinks there were about 60 starting out.