During the Great War photographers would sell postcards such as this photo below. The reverse had room for a few sentences and the recipient's name and address. This one shows the Royal Victoria Netley Hospital staff with their patients in 1917. 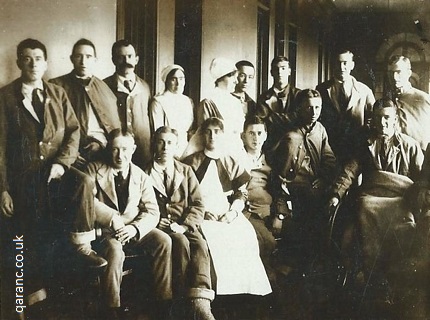 Photo is from the collection of Sydney Claude Stroud who is pictured standing in the back row second from the right. In the centre is a QA. There is another picture of him on the Walking Wounded Soldier Patient Netley Army Hospital World War One, Shrapnel Battle of the Somme 1916 and London Regiment WWI Sydney Claude Stroud pages.