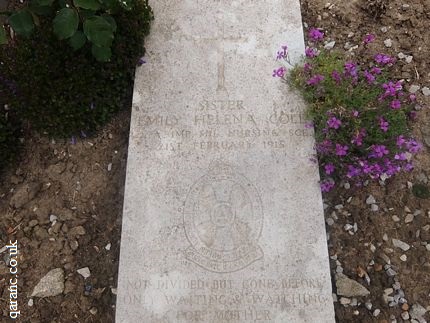 Beneath the QAIMNS white cross is the inscription

Not divided but gone before only waiting and watching for mother.

She was the daughter of Mrs. E. H. Cole, of 46, Charminster Road, Bournemouth.