The following photographs are from the collection of record keeper Mildred Taylor who worked at the Welsh War Hospital Netley during World War One. We think that the buildings in this area were raised through public donations throughout Wales and was for the treatment of Welsh troops. 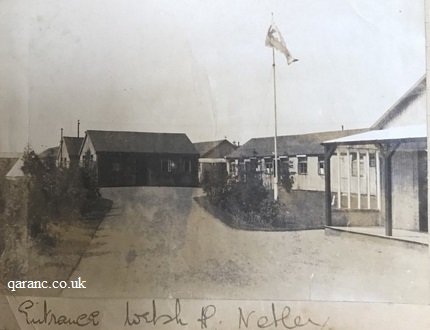 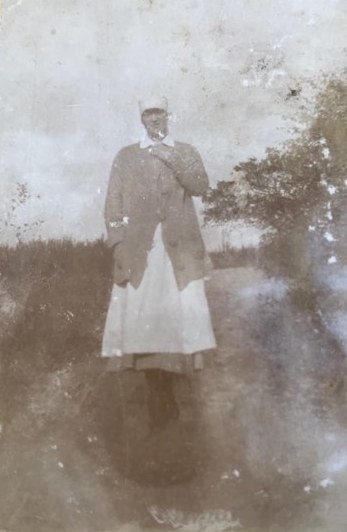 The King and Queen inspecting VAD in July 1918 at the Welsh Netley Hospital. More of Mildred's photos can be seen on the main Royal Victoria Military Hospital Netley and Thomas Splint WW1 pages. 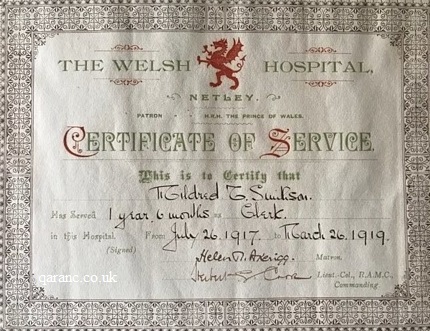 Certificate of Service, signed by the Commanding Officer and Matron. 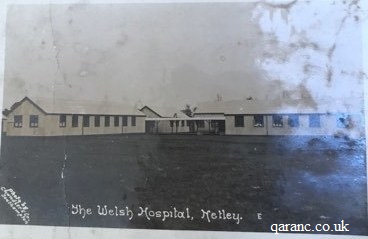 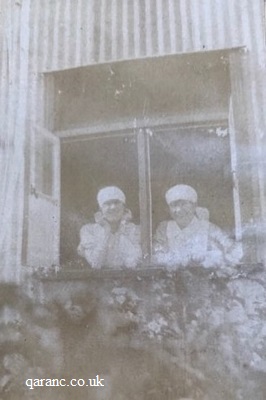 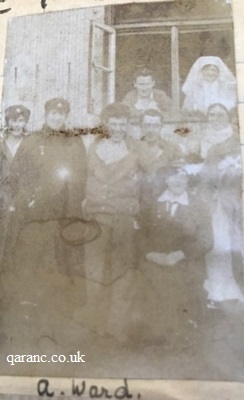 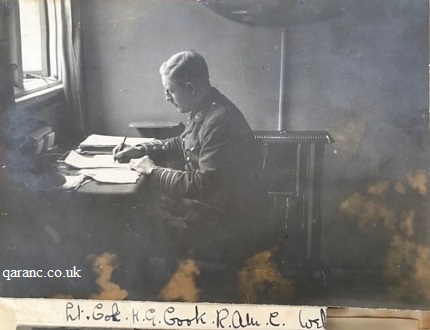 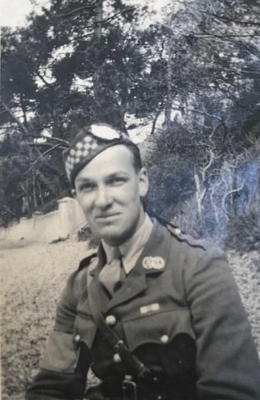 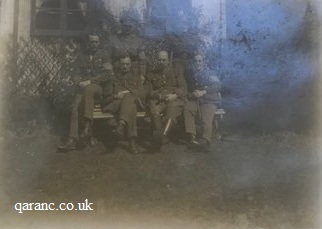 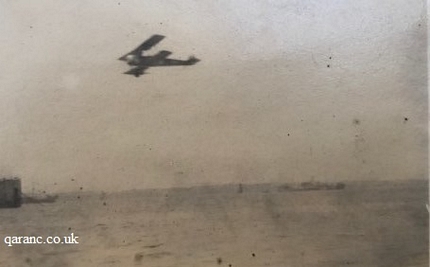 A sea plane spotted over the Southampton waters. 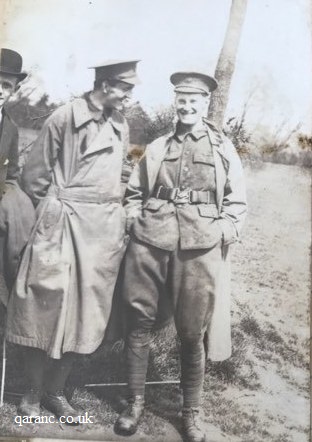 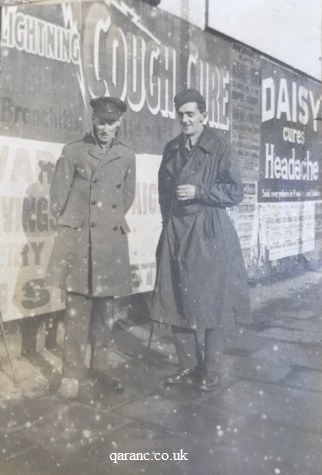 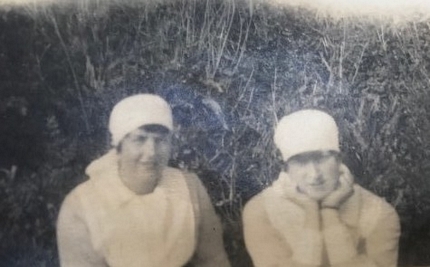 Written under this photograph is Bimble and Bubbles. 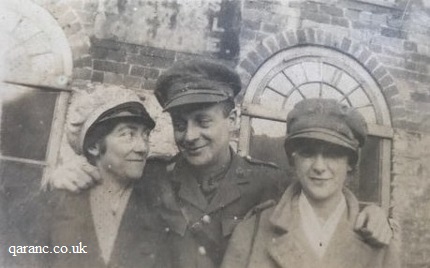 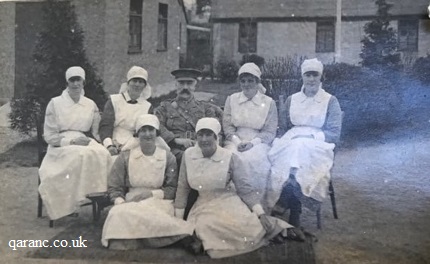 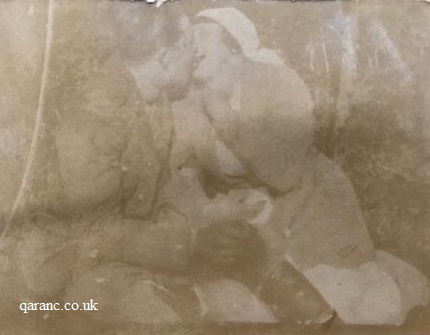 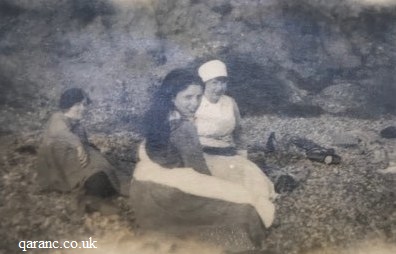 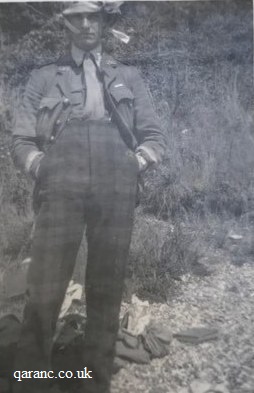