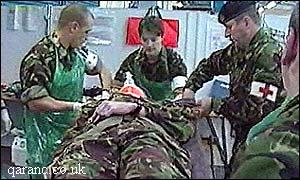 When the QAs became a corps in 1949 members were transferred to the Queen Alexandra's Royal Army Nursing Corps (QARANC) and retained their TA status, ranks and conditions.

In 2014 the Territorial Army became the Army Reserve.

One thing all services have had in common is that they brought a wealth of nursing experience and worked alongside regular army nursing and medical staff. TA nurses continue to work alongside regulars and bring an abundance of nursing and medical knowledge from civilian practice and military training. Many TA nurses are former regular QAs who still want to be involved with the army whilst others are civilian nurses who wish to contribute to the armed forces whilst continuing their regular jobs. All form an important part in modern day military nursing and are deployed throughout the world with the regular army in locations like Serbia, Bosnia, Iraq, the Gulf and Afghanistan. As well as individual postings to field hospitals some TA units deploy at times of conflict.


The British Army Medical Services have active Territorial Army Hospitals that are mobilised throughout the World in places such as Iraq, The Gulf and Afghanistan.

Beside each TA field hospital or TA field ambulance is the recruiting area and Headquarters location:

Memories of a Nursing Officer serving at 201 Field Hospital Northern (V), based at their ‘C’ Detachment in Norton, a suburb of Stockton on Tees can be read on the DKMH Catterick page 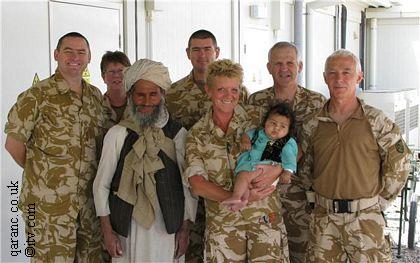 335 Medical Evacuation Regiment (335 MER) are a specialist unit similar to 306 Specialist Field Hospital and their HQ is also in York. This new unit was formed in 2005 from the old Ambulance Train Squadron.

See also the TA Territorial Army Ready and Waiting to use your skills in the Army Medical Services poster.